In August of 1993, two young women, who were getting their Master’s degrees at the time, walked out of their college campus, in Central Chennai, and were confronted with a painful sight. A distressed, half-naked woman, surrounded by the mob of students exiting the college, was in tears and clearly experiencing a psychotic episode.

These women, one of whom was gaining a degree in Medical and Psychiatric Social Work, and the other in Business Administration, were struck by this sight and attempted to find the woman help. They took her to multiple institutions and organisations, all of whom noted that they were not trained or equipped to treat a homeless individual with a mental health issue. They finally found an NGO that would admit her, but she went missing again just a week later. This was no fault of the NGO, they did not have the human resources or training to care for someone with a severe mental health issue.

This incident inspired the two women, Vandana Gopikumar and Vaishnavi Jayakumar to take action. Thus, The Banyan was created.

Twenty-five years later, The Banyan celebrated its Silver Jubilee on July 21st 2018 at the Sheraton Grand Resort & Spa. The event was presented by AMARA Homes, and co-sponsored by Sathyabama Institute of Science and Technology.

Over the years, hundreds of individuals from a variety of fields and walks of life have partnered with, volunteered with and supported The Banyan – and this event stood as an occasion to thank our donors, patrons and supporters.

The celebration, attended by over 300 individuals, was MCed by Ranvir Shah, Founder-Trustee of the Prakriti Foundation along with Revathy, renowned Tamil actress – both of whom are long time supporters and friends of The Banyan. They both shared anecdotes about their engagement with our organisation, and spoke about the importance of speaking up about mental health issues in public spheres.

The evening began with a panel discussion on a brand new book: The Psychological Impact of The Partition on India, written by prominent psychiatrists Dr. Alok Sarin and Dr. Sanjeev Jain. The dialogue was led by N. Ram, Chairman of the Hindu Group, and an interactive discussion was had regarding the social & psychological impact that the partition had on the psyche of India.

Next, author Aparna Jain sat down with Justice Prabha Sridevan to discuss a new children’s book that she released, Like A Girl.  This illustrated children’s book contains inspiring, heroic & resilient stories of strong Indian women from all over the country. Ms. Jain spoke about how the book created an avenue for parents to talk to their children about difficult issues at a young age. She concluded the session by reading one of the stories from the book – the story of none other than our very own, Vandana and Vaishnavi.

Vijay Narayan (Attorney General, Tamil Nadu) and the health secretary J Radhakrishnan discussed how public-private partnerships are crucial to addressing the state of mental health in the country. He spoke of The Banyan’s partnerships with state governments and how their inclusive living options have given those with long term mental illness the chance of a life outside of institutions. The Banyan’s models of care were discussed on a panel that included our director, Dr. KV Kishore Kumar, Lt. Gen S Mehta, CEO of The Hans Foundation and Dr. Jerome D’Souza from Azim Premji Philanthropic Initiatives. Both of these organisations are donor-partners of The Banyan. The effectiveness of these models and ways in which they can be taken to scale through both government and private investment were discussed.

Dr. Nachiket Mor, a long time volunteer and supporter of The Banyan spoke about his journey with The Banyan and BALM. He also spoke about his experiences working in the health sector, as the National Director of the Bill and Melinda Gates Foundation (India).

This was followed by the screening of a short film, put together by Roshni Chandran and Primary Colours. This film featured the stories of individuals who have received services from The Banyan. It gave audience members a  glimpse into the resilient lives of the individuals we have, and continue to reach out to.

Not only was this event an opportunity for The Banyan to celebrate its Silver Jubilee, but it was also the launch of a new organisation, founded by Vandana Gopikumar – The Other Identity Foundation. This foundation aims to build awareness through sharing the stories of those who have experienced distress, loss, pain and mental health issues. OIF aims to highlight the vulnerabilities of individuals, but also the power of resilience and hope in personal recovery. A photobook, “The Other Identity”, was unveiled to mark this occasion. Mr. Akhileshwary Sahay, a writer, mental health user-survivor and activist , and Porselvi, a healthcare worker at The Banyan both briefly spoke about their experiences with mental illness and were presented with copies of “The Other Identity” photobook. 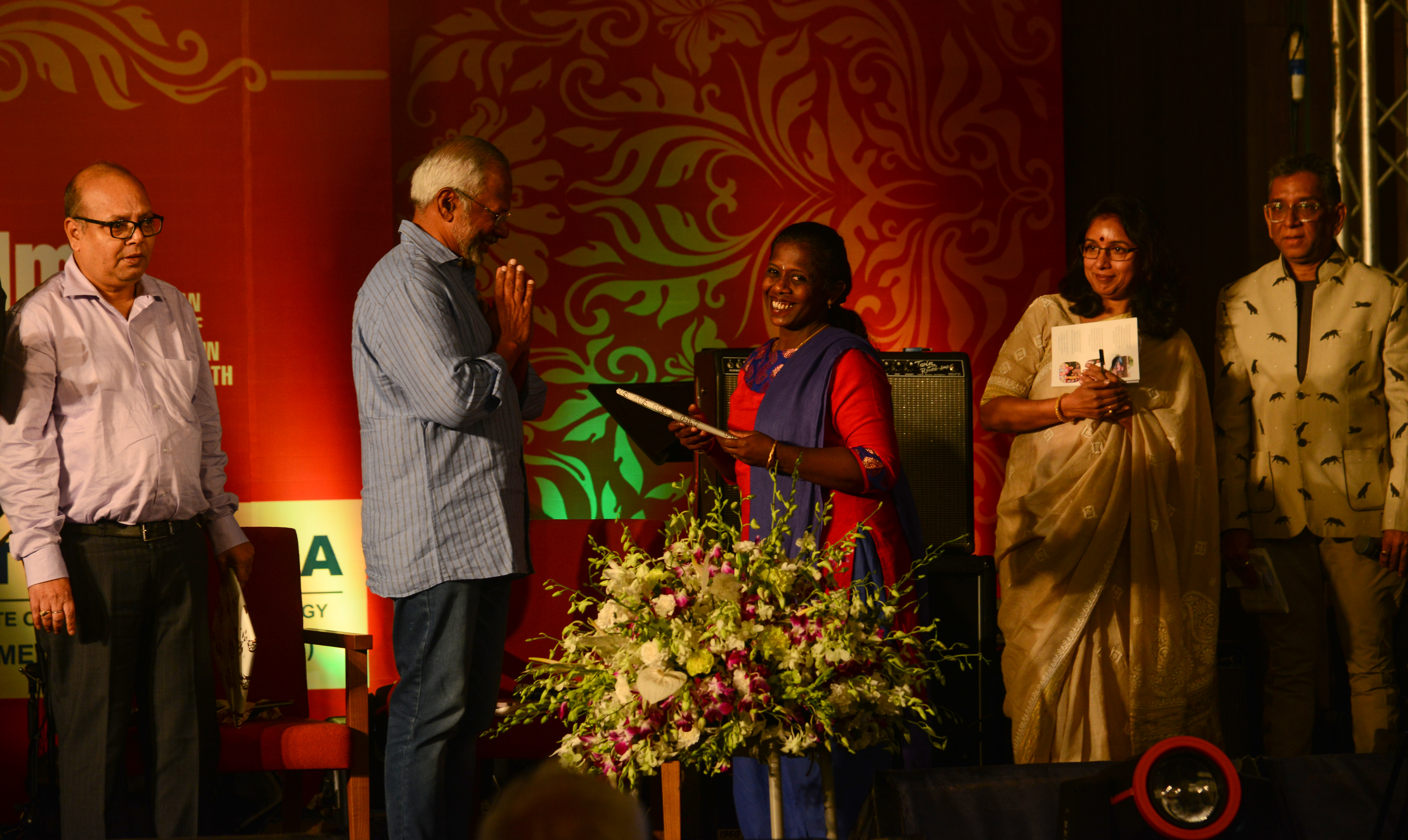 The evening concluded on a colourful note, with a stunning performance by Shruti Haasan, actress and singer, who shared original spoken word, performed her own songs as well as covers. Ms. Haasan, who has herself experienced anxiety, is a long time supporter of The Banyan, and decided that she would show her support by sharing some of her music and poetry.